Northerly Island, we meet again.  After a 2013 run that brought me heavy rain and even heavier drama, I returned to Chicago a year later ready for redemption.  Mother Nature was doing her part this time around, now it was just up to Phish to hold their end of the bargain.  And following DTE, easily the weakest show of the summer, I was confident they would.

Night one at Northerly saw Phish unleash the most muscular “Wombat” anyone has ever encountered.  A two-part animal that breaks away from its typical wah-wah territory into a serene state that slowly builds intensity.  Now I’ll admit, “Wombat” never really used to do anything for me.  But sometimes you witness a song’s special moment and it forever changes how you feel about it.  Alongside the UIC “Undermind” and St. Louis “Limb By Limb”, I now include the Northerly “Wombat”.

Coming off the tail of a very playful “Piper → Halley’s Comet”, Trey decides he has to have it and launches the band into “Wombat”.  The bouncy feel is the perfect follow and just another example of his expertise in knowing the moment.  Fish gives more gusto than usual throughout the opening verses which has everyone trying to hold back laughter.  You can tell Phish is having as much fun as the crowd.  When that happens, good things happen. 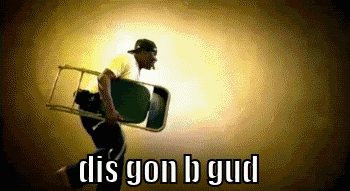 All four members are locked in for the groove.  Their ability to play so loose as individuals, yet so cohesive as a band is what makes them the best. Shortly after 4:00, as “Wombat” funks along, Trey releases this low, melodic riff.  Fish answers his call and slows the beat down.  For a brief moment the jam enters a delicate area, but soon after Mike brings the funk back with thick slaps.  At 4:45, Trey starts to widdle his way from the structure, signaling to the other members that it’s time to enter another atmosphere. Page mirrors Trey’s trilling while Mike continues to drop dark undertones to the groove.  About to flatline a minute later, Mike provides a pulse with a simple two note melody.  Fish quickly hooks on and this jam is ready to blast off into a blissful haze.

With the foundation now set, Trey begins to add another layer.  He strikes a riff with such a heavenly tone, it propels the jam into an ethereal space. Approaching the 7:00 mark, Mike produces a sonic boom that instantly compresses the crowd’s chest.  It’s as if he activated the jam’s second boosters which helps it leave orbit.  Softly bouncing around the keys, Page adds a subtle sound to the backdrop.  Trey fires shots back in and retakes the lead, swiftly soaring into a repetitive rift which Mike smoothly latches onto. He eventually lands on a “Runaway Jim”-esque chord progression around 8:40 and the pace picks up.  At 10:00, Pages pours notes that are more likely to be found served in a strong “Gin”.  The final two minutes has everyone firing on all cylinders.  Fish and Mike hold it down nicely in the back while Page and Trey are out front throwing rhythms off each other.  The lighthearted jam then dissolves and transitions into “Chalk Dust Torture”, which doesn’t have to be an absolute monster to still rage.  “Slave to the Traffic Light: followed to close one of the best flowing sets of the entire year. Those in attendance couldn’t help but raise their arms to the sky and do their best Uncle Jesse.

As a fan, you’re naturally biased towards the shows you were lucky enough to attend.  You want them to receive the love you feel they deserve.  Being from Milwaukee, that’s especially true for me with Midwest runs.  The first night had the best flow, the second night was the most fun for a handful of reasons, and night three was the best musically.  While it might not have the huge jams Randall’s has or be the seguefest MPP2 is, the 2014 Northerly Island run is a perfect blend of both and deserves the love.  Most importantly, I was redeemed.

Thank you, Phish.  See you at Alpine.