In the last set of the outstanding Dick’s ’11 run, Ghost takes center stage at the end of the set.  After a perfectly placed Roggae slows things down, Ghost takes flight into only the second ever performance of Guy Forget.  The entire Ghost, Guy Forget sandwich has been included. 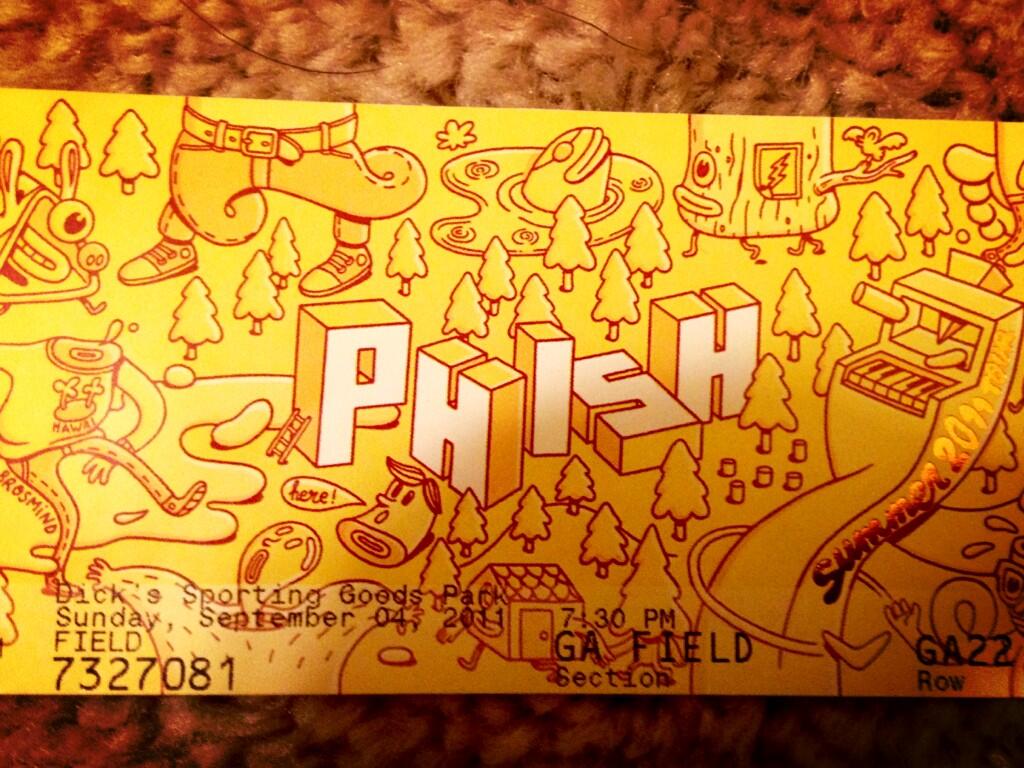 Trey gets things going and you can feel the energy right away.  The pace is quicker than normal.  For the second straight version, there is little to no intro jam.

The solo section gets a lot of Trey as he mixes with Page.  Mike throws down and the band blends together nicely.  Pretty solid solo section.

The lead in is well played, and the pause is a nice length.  The drop in?

NICE!!!  Well done!  Dick’s brings out the best in the band.  That drop was sweet.  Nice upbeat composed section!

The jam starts out with Trey playing some big rock notes while the rest of the band works to settle into a groove.  At 3:40, Trey finds a cool lick to work around.  This lick starts to lead the band into its first direction.

Things break down nicely with Page working in the piano beginning at 3:58.  The band starts to lock, when Page drops a sweet run at 4:17. The dance party is officially on.  Last set of a sweet run, let’s do this!!!

The band even throws a touch of funk into the equation.  Measure by measure you can feel things building.  It may be a nice slow build, but it is there.  Throughout, you can just feel the energy the band is putting out.

Things take a dip down for a bit around the 4:30 mark.  Fish gives a nice 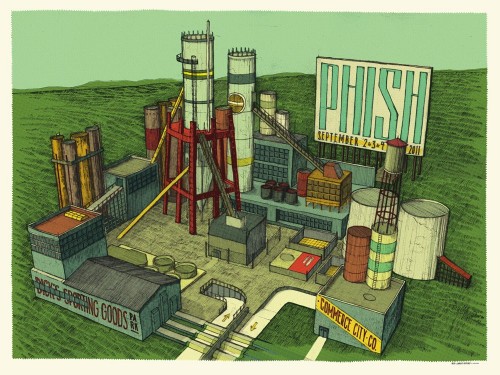 guiding hand through the section, driving things forward.  This is certainly the calm before the storm.

Then at 5:15, everything changes.  Trey starts to throw down some power licks and the whole attitude changes.  At 5:28, Trey unleashes a monster lick and it is time to strap in.  Time to visit an old friend.

I know that the official track listing lists Guy Forget further into this track.  I am going to call this section from where I first hear the lick at 5:45.  Trey lets the sweet, sweet lick go and Fish starts to really push the tempo.  Then it simply builds, and builds from there.

Trey does an awesome job of soloing yet revisiting the Guy Forget lick.  The lyrics come in starting at 6:18.  Things are seriously starting to get awesome.

Trey finds his inner youth and begins to channel some of his glory days starting at 6:30.  That high pitched quick playing style that we all love from Trey.  Yes folks, the machine gun is here… Not quite Rambo but this will work…

It took me forever to hear what Fish was actually singing.  I was way too into the Ghost.  It is one of those things, that when you finally figure it out, you just can’t believe it.  Mind blown.

I remember the guy in front of me during this was one of the coolest guys I have been around at a show.  He raged as hard as any guy I have ever seen in my life.  He passed THE biggest blunt I have ever seen to my friend and I during this show.  I think it lasted the entire Harry Hood.  Then after this Ghost, when it stopped, he apologized to us. He said he was sorry if he used too much room from dancing too hard.  I told him to take more, that guy was awesome.  Some people do it right.

So this is easily some of my favorite Trey playing of this era.  He attacks and takes control.  The band falls into place perfectly and everything just clicks.  Then at the 7:00 min mark things go up a notch.  Then at at 7:15….

Pure ass kicking Trey.  If this doesn’t make you happy you need to check your pulse.  This was the exclamation mark on 2011.  These two men go together like peanut butter and jelly.

Things reach a ferociousness Guy Forget peak around the 9:00 minute mark, with the band just screaming the lyrics.  Trey then rips one more at 9:15.  Fish also tries to drum his way to the center of the Earth.

After the raging peak, things go back to the Ghost theme at the 9:40 mark.  What I like is that they really slow the pace down, even slower than the original composed section.  Then the band tells us who the Ghost really is…He is GUY FORGET!!!!!

Time to catch your breath.  That was awesome.

After such an awful version at UIC, Ghost comes back really strong.  However, not the type 2 big dirty type of version that defines the song.  Instead it is an ass kicking rage fest that brings a whole bunch of Guy Forget fun.  The placement is perfect.  Bringing things uptempo from Roggae and bringing the energy level up high for Walls of the Cave.  Certainly not Radio City, but a super fun version and one I will never forget.