Ghost comes back to the states after the outstanding version in Osaka.  This version closes the second set for the first time since 11/11/98 in Grand Rapids.  We all know how that well that worked…No segue before.

Light loops from Trey begin and then Mike and Fish enter softly.  This is a set closer, time to bring the energy!  An upbeat dirty sound sets the tone.  Trey releases another cool loop at the 0:40 mark.  A light grooving jam breaks out before the vocals.  That was cool.

The solo section continues that excellent groove, as Page gets real funky.  A nice shot in the arm from Mike gives it some extra sauce.  The pause is about average length, and the drop in is back to being sloppy.  It was nice while it lasted but sloppy drop ins are back. 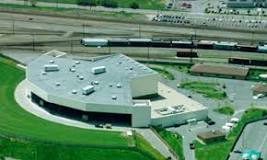 The jam starts yet again, with Mike grabbing the reigns.  Trey’s loops echo around the arena, and Mike moves around them with confidence.  Trey layers some light soloing, to give this early section some nice texture.  Fish gives an easy beat for the rest of the band to latch on to.

At 5:29, Page begins to move his piano into the fold.  He brings some beautiful melodies to the mix with the funky strong groove being laid down by Mike.  Trey starts to do some repeating shortly after, creating even more room for Page to work.  Fish lays a nice fill down at 6:05, to give this early groove even more love.  Then he drops another at 6:20.  The band is locked in.  I totally dig this early groove.

Page takes his playing even further with melodies after Fishman’s fill, that make me want to hug even Marilyn Manson.  Trey from that point gets a bit more lively.  Fish drops another fill at 6:51, before moving to some cymbal work.

Fantastic groove.  I have listened to this section quite a bit.

A combination of bliss from Page, and murky thickness from Trey and Mike, 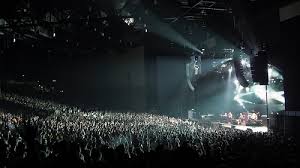 make this an interesting section.  Trey is doing most of the work here while soloing, with the other band members providing support.  The jam sits in this space for a quite a while.   Although it is nice, it does lack the same wow factor as the section before it.  The band seems to float around but nothing really blows me out of the water.

Trey brings some nice work into this section, using an interesting tone to navigate around.  At 8:38, Fish lays another fill down, and starts to pick up the pace.  Trey plays a couple of longer notes and Mike and Page start to work at building this jam up.

Another fill at 9:20, and then another monster fill shortly after.  You don’t usually see that many fills from Fish during a build section.  You can tell he is ready to get this thing moving.

At the 9:39 mark, Fish picks up the pace.  WARNING, please grab all protective clothing before entering the next section.  Some of you may not come out alive.  Make sure you cancel all meetings, tell the kids they can’t talk to you, the wife that your to do list is on hold, and most of all, that you have a fire extinguisher nearby.  Do not enter the next section before these tasks are completed.

As Fish moves into superhuman mode this jam begins to take it up a notch.  The first full fledged face melting peak is about to go down.  Fishman is angry

and ready to kick some ass.  He might look like a nice guy when he is singing HYHU, but sometimes when he is on the kit he is Chuck Freaking Norris.

He is pushing this jam with the force of a supersonic jet.  Trey is doing some nice work but there is no way I can listen to this part and not be 100 percent into Fish.

He makes me want to throw my laptop down and just start running as fast as I can.  I don’t know which way to go or even if I have the right clothes on.  I just have to run.  My heart is racing and my mind is ready to explode.  (In all honesty I did not run anywhere during this section.  I sat in the same chair I always do.  I did think about it though).

Trey gives some quick repeating notes and the gas has hit the floor.  Trey begins to move more and more into face melting mode.  The first sign of his machine gun warfare is at the 12:00 mark.  Mike begins moving up and down his bass and really starts moving fast.  I am pretty sure Cactus is playing every note a bass can play.

At 12:30, Trey holds a couple notes and it is backed by some quick Fish fills, and monster bass work from Mike.  The crowd gives them some loving.  I am thinking about running again!!! This puppy is starting to move!

Still as fast as things are moving there is still somewhat of a reality.  Oh wait, I spoke to soon….

At 13:30, Trey starts to play a super cool spaced out lick that he repeats over and over.  Something is happening…I don’t know what….This might get crazy….

At 14:23, you can actually hear everyone melting away.  I don’t know anyone who attended this show, because they all died in a hose fire.  What the hell was that!!!

I am lost.  Someone please come find me.  Where the hell are my pants?

Oh wonderful…Now I am lost and Trey (at 15:00) has pulled out a giant machine gun and starts chasing me to the depths of hell.

I want to describe 15:25-15:50 as this….WHAT THE FUCK IS GONG ON!!!!!  Was Frankenstein just created…and at the same time Mary Poppins was kicked in the crotch?  I think this just happened…

Trey thanks the crowd and I am left wondering about my place on this Earth, and if I left the lights on when I was in 3rd grade.

A Ghost that has a fantastic opening groove and then lights everything on fire.  After the two previous versions that really expand in different directions, this one kicks you in the teeth.  A pure ass kicker.