At the very next show only two nights after one of the greatest versions ever played, Ghost is placed towards the end of the second set.  This set is notable for the fact that Bob Gullioti sits in for the entire second set.

After some clapping we hear a completely butchered start.  Man that was ugly!  I am sure it is not easy to just stick another drummer into a song, but ouch.  The tempo is a bit more upbeat than what we saw in the previous version at Lakewood.  Page enters into his solo and this results in happiness from the crowd.  It is a good solo from Page with some help coming from Mike.  There is a longer than average pause and a much better drop slightly making up for the start of this Ghost.

At 3:03 Trey plays a couple funk riffs while everyone starts to find their footing.  Gordon gets some slapping going, and it looks as if we will move directly into the funk.  But no, instead the dull drumming provides a more jazz based feel to the jam.  By 3:52 the band settles in and finds a nice space with a bluesy, jazzy sound.  Very smooth jam with Page adding texture, building nicely over the next minute as we hit a ferocious lick from Trey.  Everyone begins to pick up the pace as Trey and the percussion section are out in front of this jam.  The other two provide a wonderful balance around them.  At 5:15 Page starts to repeat some notes on the Clav that mesh great with Trey’s sound.  Definitely a great section to wear some sunglasses during…it is so coooool. 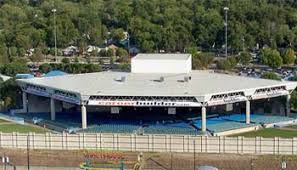 At 6:30 things start to pick up even faster.  Page has move to the grand and Trey is attacking his solo more and more each measure.  It doesn’t move completely away yet and Trey’s soloing at 7:10 has a great bluesy feel to it.  Page really digs into his piano and provides the meat between each of Trey’s notes.  At 7:42 Page starts to drop some raindrops in from the bluesy skies.   At 7:57 Page makes a run, and Trey starts to distort his sound.  Gordon’s tone begins to become stronger now and again it sounds like we are moving to the funk…However…

Both drummers are continuing to hold down that jazzy beat.  At times it reminds me of a Grateful Dead jam having two drummers playing during this Ghost.  Again, the funk will have to wait…And at 8:28 Trey plays some beautiful slower paced notes.  Page drops in perfectly with the grand, and the world is a better place.  From 8:15-9:15 this song is simply pure bliss.  The combination of Trey’s soft playing, Page’s Grand, just the right amount of forceful bass, and jazzy percussion…is perfect.  I wish they had stayed here for much longer and expand on this idea…

At 9:15 Trey starts to really get into a distorted tone and things start to get much weirder.  The drums have finally moved away and we are moving into some space funk.  Trey has decided to introduce our new drumming friend to his guitar spaceship.  Page is moving from clav space, to piano rain drops.  Other than some spacey funk jazz, this section doesn’t really move and progress well.  Certainly some exploring going on, but nothing that really moves my soul.

At 11:25 Trey throws out some serious loops that help change things up.  The loops create and even thicker space. Still, it seems like other than grooving together, nobody is really take this thing by the horns.  There are cool sounds and some great drumming from Fish and Bob, but a lot of empty space in my opinion.

At 14:37 Cactus throws out a crazy deep bass tone.  It starts to push things deeper out into space.  Things just stay way, way out there.  Definitely some cool noises as we enter some uncharted space.  I feel that they stay on the space runway a bit too long and never really liftoff enough.  The crowd however, gives a huge cheer at 15:20 showing their approval.  The jam slowly fades away off into space from there.

When you have guests, it is hard to create the pure magic we saw in version like Lakewood and Paradiso. A MUCH different animal than what we saw the two nights before at Lakewood.  I really, really love the first ten minutes of this Ghost (minus the start).  8:15-9:15 is some of my favorite stuff.  Don’t get me wrong I love to go exploring and dive deep into space.  I just find that it is lacking a direction and doesn’t move anywhere too exciting.  Tough Ghost for me to score.