Ghost returns for another New Year’s Eve performance.  Right in the middle of the show, Ghost is positioned to be a monster yet again.  This of course was not that case.  No segues have been included. 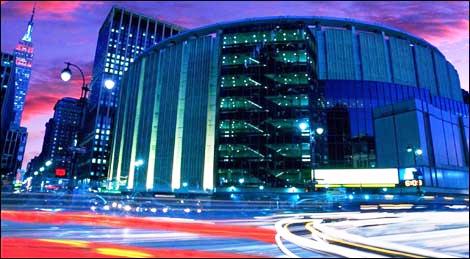 Trey gets the New Years Ghost going at a nice slower pace.  This Ghost starts with more grit and gets a short jam.

The solo section is an extension of the slow paced open.  It tries to get into some funk but misses the mark.  It seems to lack the usual energy this section carries.  A bit of a snoozer.

The lead in is fine and the pause is a touch longer than normal.  The drop in is not 100 percent crisp, but it is not horrible either.

Just seems like the band was going through the motions during the composed section.

The jam begins with some sectioned off jamming and Trey starts to explore a bit.  Around the 4:10 mark, the band begins to settle down and Trey begins to solo over the top.

The band finds a groove to settle into, and Page shines the brightest.  His

piano contrasts nicely with what the rest of the band is doing.  There is a bunch of noodling and overall unconnectedness going on.  I just made that word up.  I feel awesome.  I am going to use that next time I play Connect 4.

There are bright spots from each member, they just don’t seem to click and make this section special.  A bunch of noodling around the 5:15 mark from Trey and Mike, that Page somehow hides with some nice melodies.  Page is carrying my interest but overall I feel like this…

I am just waiting for something to happen but nothing does.

Trey repeats a lick at 6:15 trying to build some tension but it results in more disconnect with the band.  The power and fury that the band so often builds with is missing.  They are just sitting here playing notes.

Trey starts to get after things a bit harder at the 7:08 mark repeating a lick real fast.  The band seems to jump on things this time, and especially Fishman.

Things get rocking for a bit and it gets pretty nice around the 7:38 mark.  I guess this would be the peak, but it certainly doesn’t come close to any of our great peaks.  Things drop pretty quickly from that point.  It got nice for a bit, but it was lacking for greatness throughout.  The band scraps the jam (A theme of this night) and the return to the Ghost theme is ugly.  Not pretty.  In fact that Ghost kind of put me to sleep, I need a wake up.

An extremely below average version.  The jam just never gets going in any direction that is exciting.  The end has about a one minute section that is pretty nice, but nothing that would come close to any of the best Ghosts.  This Ghost caps 2011, in my opinion the worst year hands down for Ghost.  I was worried for the song after the performances in 2011.  No worries though, Ghost rebounds wonderfully in 2012.