This is the Ghost that I get asked about the most.  What do you think of 12/31/10? (aka the “The Holy Ghost“)  Placed in the meat of the NYE show, Ghost gets a chance to shine, and shine it does.  No segues have been included. Time to give my answer.

After falling deep down the well with what sounds like a running vacuum, Trey gets this Ghost going.  Fish joins quickly, and Mike begins his part shortly thereafter.  Page adds some textures helping create a nice little funky intro jam.

The pace is pretty much average.  The solo section gets a nice dose of funk from Page, and Mike throws down with some energy.  Trey backs off quite a bit during it.  Not bad.

The lead in is solid.  The pause is average length with some Trey action included.  The drop in is pretty DAMN good!  A great sign of things to come, the band is serious tonight!

Trey gets loud from the start, while Page brings the funk underneath him.  Mike begins to lay down a solid beat with a real strong tone.  True to form, Ghost breaks down early around the 3:58 mark.  Trey changes to a more bluesy, gritty tone and we start to see some signs of things to come. 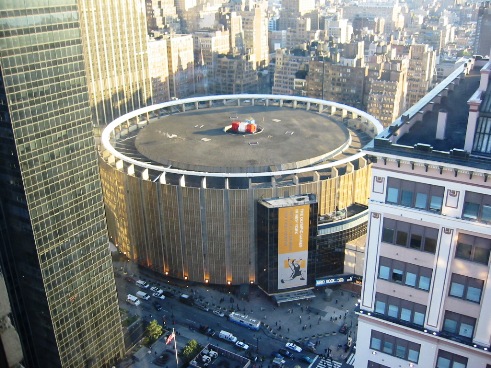 At  4:15, when Trey leaves some space open Mike hammers into it.  Trey elects to make his tone even more angry and gritty.  They almost get lost until Mike and then Page start repeating a melody at 4:35.  The repeated melody directs Trey to change things up, and things pick up nicely.

At 4:46, Trey changes to a more blissful tone and a beautiful note echoes out.  Page follows suit at 4:54, finding the trusty piano and then changing to the keyboards.

Things break down even more and this time the band locks in nicely.  A minimal soloing style encourages Mike to step things up.  That he does!  At 5:19, Mike lays into a lick during a big space, that in my opinion is the crucial lick to the rest of this jam.  He becomes a FORCE from that point forward.  Wait speaking of force…

Mike grabs a hold of this jam and turns it on its head.  His playing is powerful and fluid, filling my soul with energy.  The path he lays down is one that Trey has plenty of room to walk on.  With each note Mike plays, he breathes energy into this Ghost.  Trey pivots nicely from earlier, and finds a gorgeous tone.  Page adds the little something extra just to make things work even better.

Fish drops a fill at 6:25 and the pace picks up every so slightly.  Mike continues to rock hard giving this jam plenty of steam.  Mike begins to build things up at the 6:50 mark, before he delivers the direction to holiness.

Mike introduces an extremely unique lick at 6:57, that sets up this journey to holiness.  He lays down a crazy offbeat lick that the entire band latches onto.  With Page on the keyboard, and Trey having established a beautiful tone,  this gets awesome quickly.  Fish pushes the throttle at just the right pace.  His increases in tempo are extremely subtle, yet they are there.

The band is certainly locked in, and Trey begins to hold his notes at the 7:12
mark.  It allows Page, Mike, and Fish to build this jam behind him.  Brilliant move from Trey.  Tried and true, give the rest of the band space and watch the jam build.

At 7:30, Trey plays “The Holy Ghost” lick for the first time.  After he does, you can feel the pace increase.  Trey holds some more notes as Fish and Mike really build this jam.

I can already feel myself rising into the heavens.  That long day I had?  Becoming a distant memory.  My worries for tomorrow?  Being beaten down by every powerful Gordon lick.  People that suck in this world?  You have no place in the “The Holy Ghost” I will deal with you another time…

At 8:11, Mike leads the charge once again.  He lays down a super quick bass lick that just screams “TREY THE FLOOR IS ALL YOURS!!!”  There is so much space to run on that lick, it feels like even I could figure out something to do with it.  Awesome work from the Cactus.  Page finds his space right away and carves out some gorgeous piano melodies.

Trey works around with the sweet tone he has found soloing nicely.  He dances around before finding the true gold.  After a fill from Fish at 9:08, it is officially last call for the heavens.

When Fish drops that fill at 9:08, Trey grabs THE lick for the “The Holy Ghost” and away we go.  I have talked about the brilliance and importance of Mike setting up this section.  It would have NEVER happened without him.  When we get to this level though, it is all Trey.

It is not much more than one guitar lick repeated over and over.  It just happens to be one of the greatest licks ever.  It grabs you and never lets go, yet he leaves an immense amount of room for the rest of the band to crush behind him.  Trey is your guide in heaven during this jam, the rest of the band is the incredible scenery.

It makes me feel as happy as this dog…

The beauty of this incredible blissfulness is how patient the band is.  Instead of moving away quickly, it just continues to build.  Heaven gets more awesome with every measure.

It builds to an incredible next level at 11:55.  Page adds some fantastic organ work and it just keeps going.  Then the last level, the level of insanity….At 12:17…

This jam makes me feel what it did to this girl…

I created this gif from the pro-shot video during this last level of holiness.  The way the girl on the left dances shows exactly how I feel.  She sums everything.  She has 100 percent lost it and she is loving life.  I want to rage a show with her.   Awesome job by the director capturing her.

After the top level is reached, the jam slows down and Trey plays just a GORGEOUS lick at 12:40.  I love, love, love that lick.  What follows is not my favorite.

Instead of riding that wave slowly back down from the heavens, the end of this Ghost falls like an anvil back to Earth.  At 13:01 the return to the Ghost theme is force fed into this beautiful jam.  A travesty if you ask me.  It slowly fades away into nothing.

There it is.  “The Holy Ghost”  Few Phish jams hit that level of bliss.  It is almost impossible to come away from listening to that jam and not be in a great mood.  Mike does an incredible job laying the groundwork and then Trey hits it out of the ballpark.  I think if there had been an outro worth mentioning this could have been a top 10 version.  Still when it hits the peak, there are few things that are more enjoyable to listen to.  Often compared to the “Went Gin“, this Ghost does one thing, and one thing really well.  Put you on a fast track to happiness.