After a great first set version in Albany, this version of Ghost and the segues around it take up the meat of the second set.  The end of Sneaking Sally>Ghost and the only time Ghost has been followed by 2001 (my second favorite song) has been included.

After Sally breaks down beautifully, you can hear the first sign of Ghost at about 1:35.  It is so patient and worked in perfectly.  An absolutely awesome segue into Ghost.  I am going to say Ghost starts at the 2:33 mark, with Mike’s bass line.  One of the few versions so far that have come from a true segue.  Fantastic.  The crowd loves it!

The pace is super slow and smooth.  The solo section continues that theme with some real nice funk from Page.  Mike and Page hit the gas at the exact same time together.  Super cool.

The pause is a bit longer than normal with some nice effects.  The drop in is alright.  It is nothing awful, but nothing to brag about. 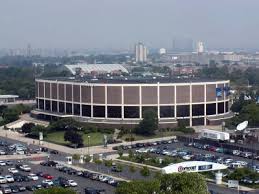 We begin with some sectioned off jamming.  Page plays some beautiful harmonies on the piano right from the start and he sounds fantastic.  Trey starts to solo very gently.

At 6:35, Mike almost plays “Brickhouse”.  It is real close.  As he does, Fish immediately switches gears and begins to take the jam down.  Mike brings a booming deep tone to the jam.

At the 7:05 mark, Trey and Page both find their mark with this groovy jam.  Fish supplies a track for everyone to run on, and the band takes full advantage.  A lovely blend of heavenly Page, light Trey, and booming Mike produces a wonderful mixture of sounds.

Around 8:05, the jam begins to slow down a bit and becomes minimalist.  Some well timed Page chords catch my ear.  Starting at 8:36, it sounds like more “Brickhouse” from Mike.

At the 8:57 mark, Trey switches tones and moves out in front.  A brilliant set of chords from Page at 9:20, floats me away from reality.  This jam is moving along nicely.  Around 9:33, Fish gets some high hat work going and the jam starts to build.

At the 9:55 mark, this jam becomes really pretty.  A wonderful balance between band members makes things very easy on the ears.  This jam was made for swaying, I am grooving back and forth like I am on a rocking chair.  Only I am standing up and dancing from side to side.  I am on the worlds first danceable rocking chair.  I swear I am sober writing this.

Around 10:30, Trey really finds a nice pace and tone.  He is leading but doesn’t stray too far.  It allows for a ton of wonderful melodies from Page.  Mike also has plenty of space to work with, and climbs up and down this jam with ease.

These are the jams when the world stops.  I am completely entrenched in the music.  Nothing else is going on around me.  My life at these moments is Phish, and me, on one level.  Everything else will have to wait.  I hope it lasts forever. 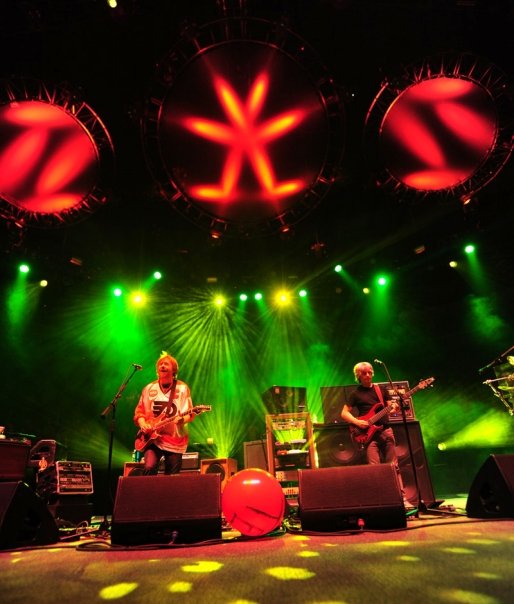 intricate with his soloing.  At 12:17 he finds an awesome lick to repeat and Mike backs him up with a powerful groove.  This part is awesome!  I am swaying on the rocking chair much harder now!  A well timed fill from Fish at 12:30, then a plethora of notes from Page at 12:46.  Gorgeous stuff.  Trey begins to repeat some notes and gives this jam plenty of life.

At the 13:21 mark, the jam comes back down just a touch.  They are just so patient with this.  I can’t really even break this jam down into sections.  It is one continuous flowing animal.  Fantastic 8:15 worth of jamming.

As the crowd gives applause around the 14:15 mark, things start to take a turn for outer space.  Page begins throwing all kinds of effects into this jam.  Fishman finds a pretty fast paced beat for Page to shoot his tractor beam onto.

As Trey starts to gently play into this outer space around 15:10, we get some clapping from the audience.  My thoughts on clapping….All I can say is I pay good money to watch Fishman keep the beat, not you.  He has much better rhythm than you.  Trust me…

The clapping doesn’t last long, and the band finds an awesome space.  Trey’s tone stands out.  As this happens….Space Aliens arrive.

At 16:11, while riding Page’s tractor beam, simply put the Borg is back.  You can’t think of anything other than a giant space ship shooting lasers that has arrived in Philly.  The Liberty Bell’s crack?  Yup a Borg did that, they are responsible for a lot of mayhem.

WTF is going on?  Are people screaming, cheering, wondering what will

emerge from the Borg ship?  I can tell you one thing, this is no Dave Matthews Band jam!

I mean after the 17:11 mark I am pretty sure the First Union Center is officially on Tatooine, Romulus, or wherever that giant dragon puppy from The Never Ending Story came from.

I should probably be writing about some of the stuff the band is doing but I can’t get grounded on Earth long enough to pick up the changes.  I feel like Gary Coleman is going to walk through a time portal, punch me in the face, and steal my lunch money in the 4th grade.

This section is equal parts scary, completely awesome, and what I imagine taking heroin+cocaine+oxy+herbal tea+steroids would feel like.  While knitting a blanket.  Like I said, I have no idea what is going on anymore.

So that brings us to one question…When is it going to happen.  The next song HAS to be 2001!!!! There is no other Phish song that can bring us from this dimension.  The question is just when is it going to be…After an alien brain probe that is taking place around the 20:30 mark, the beat of the gods drops at 21:18.

My two favorite songs back to back!  Not to mention brilliantly blended into each other.  I have officially moved everything in this room into another room.  I need every square inch of dancing space.  I was not at this show sadly.  I have told anyone that if you ever are near me and Ghost>2001 is played, you are allowed to shoot me in the head after.  It won’t get any better than that.

(Yup I am adding a gif to every post from now on.  I just decided that)

Another fantastic entry into the Ghost catalog.  This version is extremely good.  The second set of 12/11/99 is even better as a whole.  Place a great intro segue, a beautiful patient Ghost jam, an insane space jam, and a great segue into 2001?  You get a good score.  What a run, we finish 1999 with one from a show you might have heard about…Cypress.