At the following show just two nights later, after the fantastic first set Ghost at Prague, this version slots at the end of set two in Barcelona.  This show was the first of three nights in Barcelona and forced to a different venue due to the vast demand for tickets.  Included is the end Ole, Ole, Ole chant after Sleeping Monkey and the set closing Johnny B Goode (JBG).  This is the last Ghost played on the Europe ’98 tour. Yes this is the ticket stub 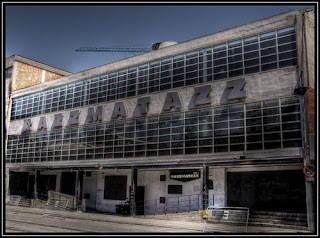 After the Ole, Ole, Ole chants Trey mentions that “France won the game”.  The best part is that right as he says it…he starts deploying loops.  I love that.  Out of the loopy darkness comes Page’s clav, and Mike’s Ghost bass line.  You can feel the confidence that must have come from the throw-downs at Copenhagen and Prague.  Everything is crisp and the vocals are on point.  The solo section sees Page getting extra funky and then Mike comes in with some extra swag.  Page and Mike go at it for a bit and the crowd responds.  After a rough re-entry, the jam goes completely quiet except for Trey’s loops.  A cool and interesting curve ball.

The pause is extra long and then…oh man…what the hell was that?  There it is ladies and gentlemen, your leader in the clubhouse, for worst drop in.  That was brutal.  That reminded me of the Michael Dukakis campaign.  A friggin’ train wreck.  Luckily for everyone, they would recover nicely from that hatchet job in the jam.

Where the jam in Prague took off right away, this jam goes in a completely different direction.  Another sample of why Ghost is my favorite song, and Phish is my favorite band.  You NEVER know what you are going to get.  It is Christmas at every show. 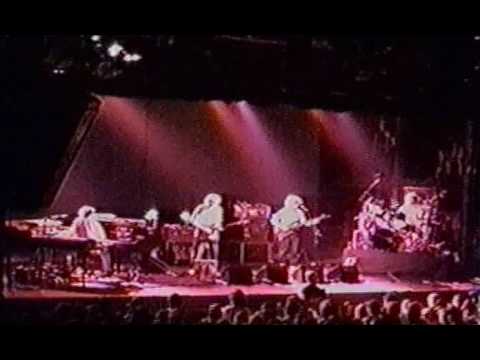 this jam.  A patient Fish, and a jazzy bass from Mike create the space.  Page enters at 6:57, with some pure bliss.  The man takes my breath away.  Trey finds his Prague tone at 7:25.  Instead of ripping the doors off another venue, Trey is much more calculated.  That tone blends beautifully with the groove already being thrown down.

This section is so awesome.  Trey is certainly leading out in front with that powerful guitar tone, but he does so with such grace.  I am gushing at the strength of Trey’s playing, yet I am still able to pick out every other band member.  It is only three minutes but it is three minutes I listen to all the time.  The only thing I don’t like about this section is that I wish it was 10 minutes long.  From the moment Page enters with that heavenly piano until things start to pick up, is pure Grade A Phish.  Me likey…

Fishman starts to push the pace, and Page jumps on board by playing a lot of piano notes.  Trey takes his time and lets things build around him.  At the 9:50 mark Page starts to move away and solo a bit more.  From that point he and Trey take turns soloing and then building.  The two of them are in such unison.  Fish has things on lock-down and gives the two of them the freedom to move.  Great interplay from Trey and Page.

It certainly feels like things are building towards another Trey ripping solo.  Instead at the 11:15 mark, things bottom out a bit.  Trey starts to tease “Under Pressure” and then the jams finds a jazzy section.  At 11:50, things start to move toward JBG.  The segue starts off slow but gets better.  JBG segues out of Ghost to close the set much like Rochester 12/11/97.

That is it, about 11 minutes for this Ghost..

One of the shorter Ghosts but for what it lacks in length it sure has in quality.  The first 3 minutest of the jam are really, really good. Good enough that I often find myself coming back to listen to this Ghost just to hear that section.  The build section has some great interplay between Page and Trey.  A very solid Ghost, just missing some of the next level magic.  The final Ghost in Europe is a good one.  Long live the Ghost!