“Tweezer->Ghost” on paper, is something we all wish for.  Unfortunately, Phish lit that piece of paper on fire, with one of the worst transitions in the band’s 30 year history.  Luckily for all of us, the intro from hell does not ruin the jam.  This “Ghost” ends up being a pretty good one.  It’s not always how you start. So what exactly happened here?  Well, Trey says “no dice” to the “Tweezer” jam and just forces the “Ghost” intro, while Fish and Mike continue to play the “Tweezer” jam.  They couldn’t be pulling each other harder in opposite directions.  It’s so bad that it continues until the point where Trey begins singing the lyrics to “Ghost” … while both Fish and Mike are STILL playing “Tweezer!”  Basically the rest of the band is dancing while Trey falls flat on his face.

I have friends that were front row for this show and according to them, Fish was visibly pissed with how Trey started “Ghost.”  The story goes on that you could hear Fish say “Oh yeah?” before he dropped in the first cover of tour, “2001.”  Take that for whatever it is worth.  Just thought it was interesting when I heard it.

Things actually take shape nicely once all of the band members commit to “Ghost.”  The solo section is nice, although nothing spectacular.  The lead is solid and everything seems to be fully recovered…until..the drop.

Yeah kinda figured that was coming.  Ugly.  Really Ugly.  Let’s move on to the jam before I throw up.

We move away from that trainwreck of a composed section rather nicely.  I actually like the beginning of this jam quite a bit.  It is smooth and immediately finds a groove.  Trey finds a killer lick at the 3:55 mark.  This early groove is locked right from the beginning and a stark contrast to the usual first few minutes of aimless “Ghost” jamming.

More space is created and Page dials into that piano tone with timing that melts my soul starting at 4:30.  Everyone is on point and the interplay here is top notch.  Nobody is stepping on anyone else’s toes and all four members are bringing fresh ideas.  This is great stuff, an upbeat blissful jam that features the connectivity of Phish. 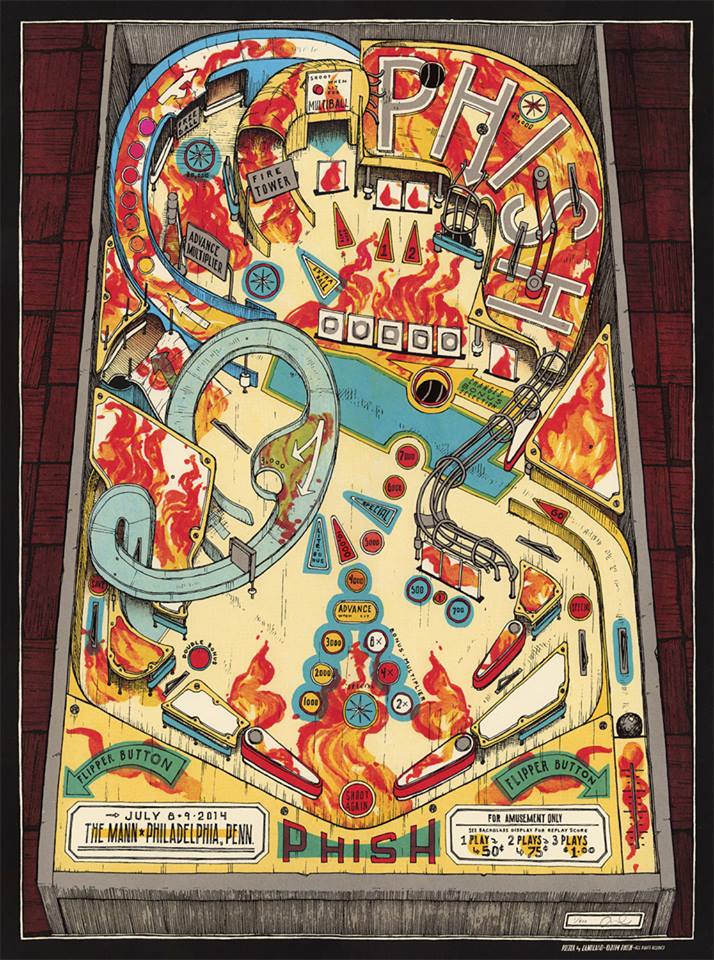 providing zero chance at a slow mundane early jam.  His double fill at 5:50 is filth.  Around 6:15 Trey starts to draw out some rhythm but Page, Mike, and Fish keep the train rolling in high gear.

This is the type of jam where sometimes a great pair of headphones and attention to detail, can really bring a different perspective.  I was at this show and enjoyed this live but certainly didn’t appreciate it to the extent I do now after multiple listens.  Sometimes jams sound very different live than they do on tape.

Pay attention to the melody Page plays at 7:28….

Trey holds a note to begin this section, then plays the same melody we heard from Page at 7:28 and runs with it.  It sounds gorgeous on guitar.  I would also steal anything of Page’s that I could get my hands on, if I had the chance.  Page of course counters and creates even more magic while Trey is playing the melody he created.

Trey works a repetitive blissful lick while Fish and Mike are locking things down.  Trey isn’t doing anything necessarily groundbreaking here, but he is creating nicely within the framework of this jam.  Solid stuff from the lead guitarist.

Things keep truckin along and Fish takes the lead at about the 10 minute mark.  He is doing his best to keep life within this jam, but things start to get stale.  The path has been the same from the opening notes of the jam. Some top notch fills from him in the 10:00-10:30 portion.

Things drop off at the 10:48 mark, and guess who steals the jam again? Page grabs the lead, as he loves to do in the outro section, and he crushes this section with a very “Coil”-esque jam.  Beautiful stuff!  I love these moments. You can hear a pin drop and feel the pulse of the venue, as each piano note rings out.  Trey features a cool high pitched note that he pushes into “2001.”

A quick note about what happened after this “Ghost.”

As many of you might know, “2001” is my second favorite song and favorite overall to see live in concert.  I had been hoping to catch this combo of “Ghost >2001” live, at some point in my life as it is a very rare occurrence, having happened only once before during the legendary 12/11/99 show.  When I heard the drop from Fish (especially due to the fact that no cover had been played all tour) I was in a state of shock, confusion, excitement and then into a full on throwdown.

I pretty much full on Oprah’d

Amazing moment for me, and one I won’t soon forget.  Hope to seen another soon.

Difficult “Ghost” to rate.  The intro and composed sections are epically bad, almost “Coventry” bad.  The jam however is gratifying.  Page is a superstar throughout and makes me want to go back and listen to this version again.  The entire jam features some excellent interplay and the talent of Phish’s connectivity is on full display.  Still, this is largely a type 1 jam that stays pretty much within the lines of where it starts.