July 25th, 2014 in Charlotte, NC was a bit of a “trap” show for the band. Nestled between a three night takeover of Northerly Island in Chicago and a weekend stand at the storied Merriweather Post Pavilion (MPP) in Columbia, Maryland, it’s no surprise it wasn’t the runaway favorite show of Summer ‘14. The first set can be accurately described as “fine,” in a prime example of damning with faint praise. It opens with a tight “Mike’s Groove” and a delicate-turned-powerful “Wingsuit”. One can find interesting playing and fun grooves throughout the back half of the set as well, but if we’re being honest it’s the dictionary definition of average-great.

The second set comes closer to hitting the mark, but all in all this is a show defined by a feeling of “almost.” We’re almost at MPP. They’re almost ready to unveil the Tweezerfest. It almost felt like the second set opening “555” was finally going to bust out and go type 2. You could hear the boys almost hooking up in “Chalkdust Torture”, almost finding a way to push the jam into the realm of the best “Chalkdusts” of the summer.

And now you and I are almost at the point where we break down the meat of the second set. Wait, no. Not almost. We are there. So let us do that.

Trey wades into the solo, firing off a few runs of notes before dipping back into his lead melody. He repeats it a few times, then springs a trap on two of the notes, locking them in the purgatory of his delay pedal.

After switching effects he rakes his pick over the strings several times, loosing the evil twin of those silky smooth ’97 wah blasts we love so much. Meanwhile, Page compliments by alternating chunky chords with tinkly runs around the main theme. Trey doesn’t seem to pick up an idea from Mike or Page, so he continues to try a few approaches of his own – bubbling up staccato notes here, falling back on effects there. Nothing’s catching on, but Fishman leans heavily into the choppy beat. It’s The Meters by way of the desert level in your favorite Super Mario game (it’s usually level two). 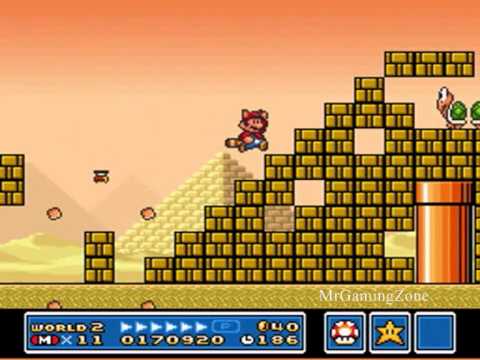 Mike supports this with rapid-fire, high-pitched notes that bolster the Middle Eastern vibe. While the groove is interesting, Trey can’t really seem to land on a direction in which to lead the others, and the vibe gets languid.

Suddenly, where things sounded dark and granular, some brighter notes from Page and sweet strumming from Trey lead us into prettier territory. They all fall a bit out of rhythm with each other as Fish smears the beat (a phrase I totally stole from fellow 25 in 25er @Waxbanks). The band wanders a bit more, not really finding a good landing spot.

But then! Trey layers the opening chords of “Twist” over the last remains of “Fuego” and it sounds like it’s gonna work, man. It’s by and large a damn smooth transition, one that you’d only pick apart if you were (someone else) writing an article on the topic. It certainly fits in neatly with the trajectory of the early summer that came to a head at MPP2. The crowd gets a little “woo” crazy, but it’s their prerogative.

After winding through the structured segment of “Twist”, we move into the cocktail hour jazz portion of the song, in which I picture Trey in a rented tux, playing amiably, sipping a jack and coke while Page, inexplicably dressed like a cat wearing a suit, bow tie, and fancy hat (hey, it’s my vision), performs a textbook example of “tickling the ivories.”

Next they get a little low, tighten it up, make themselves small. This is where things start to get interesting. You can tell it takes concentration and purpose. They’re really listening to each other. They all play around in this space a little, sticking to the theme but each pushing their parts out and out further from the song’s original structure. We get the tiniest pair of “Sex Machine” teases from Trey (10:28 of the LivePhish track) before all four lock into a repeating two note phrase, out of which “When The Circus Comes to Town” bubbles up before you have a chance to notice, even when you’re listening for it. It’s remarkable.

Mike’s bass line provides the first opportunity to latch on to the familiar theme, and within 4 measures we’re completely locked in. It’s impossible to overstate how seamless this transition is. The song is wearily beautiful, evoking long past tours of the late 20th century. Trey does what he does best during the solo, lying down a soulful, evocative lead that puts a bow on the early portion of the set. It’s a perfect landing pad for an imperfect series of jams.

But the jams aren’t really the point here. Maybe working on transitions took away from time spent hooking up in jams, like how a pitcher ends up a crappy hitter because he takes less batting practice. Whatever the case, the band provided plenty to enjoy and study, even on a night that only “almost” got there.

@wattznext is not, as is commonly believed, two small children in an oversized trenchcoat. He is actually a dude named Scott, who saw his first Phish show in 1996. This doesn’t make him cool, just old. He (very) occasionally writes about Phish at his own blog, My Soul to Ignite. His current favorite Ghost is 7/1/97, but he is frequently drawn back to the demon/space excursion of 9/12/99. He lives in Manhattan, on the seventh floor of an apartment building (facing west), with his lovely wife Joanna and a Green-Cheeked Conure named Broccoli.