When Phish took the stage at Dick’s Sporting Goods Park in Commerce City, CO on the final day of August, 2018, they found themselves in a strange position. After the cancellation of the Curveball festival two weeks earlier, many in the audience felt the band had a debt to repay.

Some felt they were owed in tickets or free webcasts. Others demanded that new shows be added to the fall tour to make up for the missed dates. Some even suggested that the band “needed” to play certain special shows or an entire performance of a lizard-oriented rock opera or they could never be forgiven.

Whether you agreed with these demanding cats or felt that the band would simply have a lot of pent up energy ready to expel on stage (your humble narrator falls into the latter category), expectations heading into night one of the band’s annual CO Labor Day Labor of Love were a mile high. Fortunately for everyone in attendance, the band followed through and showed us exactly what their payment plan looked like.

From note one of the set-opening “Free,” it was easy to see that Phish were on a mission. Once you’re into the triple digit count for shows seen, it becomes easier to tell when it’s going to be “one of those nights” as soon as the band walks out on stage. They were laser-focused and ready to deliver. Runs through “Harry Hood,” “What’s The Use,” and “Blaze On” followed, making the set feel much more like a mid-tour 2nd set than the first set they had played in the nearly three weeks since the last show at Merriweather.

We’re here to discuss the centerpiece of the first set, “Ghost” into ”Crosseyed and Painless.” While neither of these songs is a top 10 (or even top 25) version, the overall flow and presentation of this 30 minute segment is so atypical of a first set in the 3.0 era that it deserves to be explored in depth. Deep space, a silky smooth segue, post-peak jams, and an unplanned cover all make a rare appearance early in the show. As I re-listen to this sequence, it strikes me that while there are very interesting moments in each song and jam, it’s really the overall vibe and placement which make them stand out against the rest of the show.

Side note: The “Mercury”->”Light” in set two is my pick for the “best” part of this show (and possibly the entire Dick’s 2018 run), but since big second set jams are a dime a dozen, let’s investigate the unicorn in the room.

“Ghost” impresses first with its presence, second with its performance, and thirdly with its seamless entry into “Crosseyed and Painless.” Just hearing the first notes of its intro elicited cheers from a crowd already blown away by a strong start to the night. The composed section is quite mellow, with the band sticking the landing following the pre-chorus break after the final verse.

Throughout both the “Ghost” and “C+P” jams, Trey uses his Leslie speakers extensively (this was, as you may recall, not uncommon for Summer 2018). We start out in the “Ghost” jam with one of the Leslie loops being triggered by Trey from the McMillen 12 Step. This loop sounds so much like a police siren that I’ve instinctively found myself looking around for The Man every time I listen back. Under this, Mike sets a moody tone with his very modal playing using an octave pedal. Page and Fish keep the mellow mood going with their combination of delicate Rhodes textures and laid back ride cymbal action.

We continue through a modulation to major around 6:30 into the jam and somewhat standard “Ghost” territory, “Under Pressure” teases by Trey at 9:30, and a pretty if standard “Ghost” peak. Wrapping up at this point would be perfectly acceptable for a first set jam, but instead we get a dancy post-peak jam. This is the territory where 2018 Phish thrives. After the expectations of the jam peak are satisfied, the band is free to explore without destination, and this is where incredible jamming happens.

In this case, it is the strange brew of Mike’s funky, yet spacious, bassline, Trey’s Supa Puss-delayed* lines interacting with Page’s Clav work, and Fishman ultimately adding a woodblock groove that brings it all together. They could go anywhere in the world here, having a blank canvas and their wide color gamut, and Trey chooses to take it to the most logical place: their Talking Heads Dancy Party Anthem.

* I’m not going to go into great detail here because it could be a blog post all of its own, but Trey’s use of the Way Huge Supa Puss Analog Delay pedal has been absolutely key to his modern sound, as evidenced by the post-peak jam in this version of “Ghost.” It’s an amazing pedal. Don’t take my word for it, check out what it can do here:

“Crosseyed and Painless” (which, once again, feels excitingly out of place in a first set) is teased repeatedly by Trey as he works to gain each band member’s buy-in for the full on key change and segue. They begin the cover with a slightly different feel than usual: Trey and Page are still doing their interlocked delay and clav groove while Mike plays the standard bassline and Fish takes hold of the lead vocal. It’s a fun take on an often-played song that rarely disappoints.

The jam is not the typical upbeat dance party we’re all used to. It has a darker feel thanks to the Trey/Page holdover from the “Ghost” jam, and quickly gives way to more spacious playing. By 7:30 into the jam, we’re in a place that would typically take another 10 minutes to reach. Trey uses the space in the jam to tease the theme from “The Odd Couple,” followed quickly by a tease from Mike of Little Feat’s “On Your Way Down” just a minute later.

There’s a bit of a red herring around 9:00 into “Crosseyed” when Trey brings the head of the song back and it seems like we’ll get a first set-appropriate truncated jam. But alas, it’s just a fakeout as Mike lays down several spacey parts on his bass which lead to a trip to hyperspace. Once again, in the first set?!?!?!? This sequence unfolds like a set two gem as it finally leads into a fun version of “Simple.”

So what does it all mean? It means, apparently, that Phish agreed that they owed us one after Curveball. In fact, they thought they owed us so much that this trend continued through the Fall tour and into the NYE run that closed out 2018. First set jams, interesting song placement, fan-favorite bust outs, energetic playing, and a general sense of drive coming off of the stage rewarded us handsomely throughout the rest of the year. Hell, they even created another new band for us in the process.

It all started here, at Dick’s, as soon as they hit the stage and could play for us after our big summer vacation was cancelled. 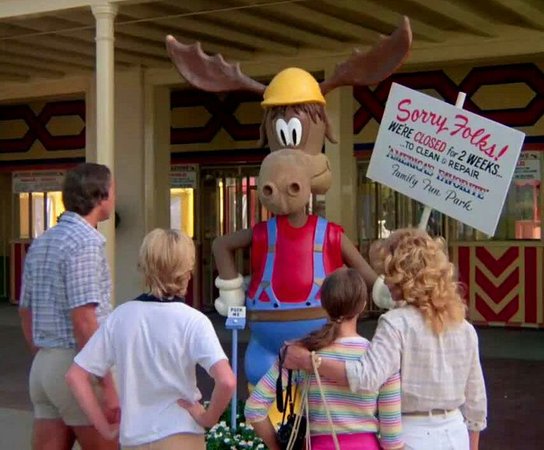