I’m going to be up front with you, because I know this tidbit of information is important in some social circles: I was not at this show. Having attended four Baker’s Dozen shows in a row the weekend prior, I was at home in Our Nation’s Capital for the final weekend of the Dozen. Fear not, good readers, as I had a plan! 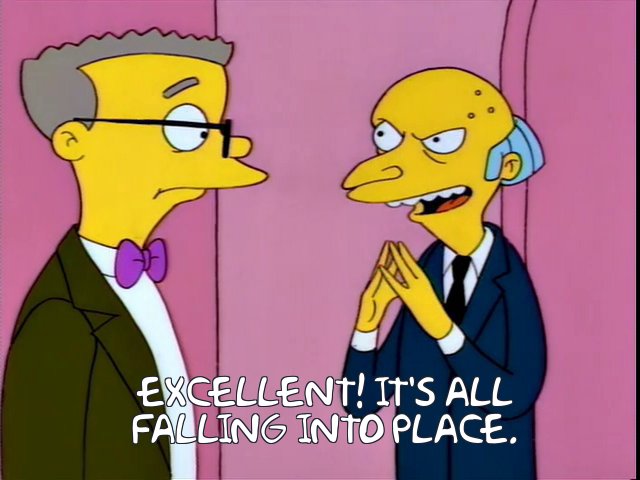 Roger Waters was in town to play a show at the INSERT CORPORATE SPONSOR NAME HERE Center and I had scored primo seats. After that show ended, I would head home as fast as I could and, having ignored the seduction of my smartphone for the several hours, watch the webcast of the evening’s Phish show unspoiled.

At least, that was the plan.

At some point during the second set of the Waters gig, as the typically docile DC rock crowd became unexpectedly invigorated by the anti-Trump images projected in front of them, my phone began to vibrate ferociously in my pocket. I was able to ignore it at first, but then the barrage of thoughts that comes with being an adult in the modern world invaded my mind. Did my wife need help? Was our daughter ok? Were my parents ok? Were we under attack? By the time the phone had been shaking uncontrollably for two minutes, the paranoia-inducing visuals in front of me had me squarely convinced that I should break my self-imposed rule and see what was going on.

Everyone in my life was safe, but there was indeed earth-shattering news: Phish was playing a Radiohead song.

I’m not typically one to “yadda yadda” a first set, but other than the opening debut of “See That My Grave Was Kept Clean,” our time together in this sweet blog post is best spent focusing on Set II.

Geeky Side Note 1: You thought they were going to play “The Lemon Song,” right? Admit it. It was not to be, as the lemons were sucked on instead of squeezed on this evening.

“Dem Bones” as an opener for this set reminded me of the 10.20.13 “Paul and Silas” precursor to “Tweezer”, or one of the many times that “Wilson” has been played at the top of a big set (see: 7.27.14). “No Men In No Man’s Land” is where things begin in earnest (no pun intended), with a somewhat typical jam for this tune. It’s around 11:00 minutes in where the jam takes a turn for the space required to invoke Radiohead. A lengthy bridge of Trey delay loops sets us up appropriately for the debut of the lemon-tinged opening track to Kid A: “Everything In Its Right Place.”

Geeky Side Note 2: Should we have been surprised that they covered Radiohead? Kid A made it so far in the 2009 Halloween countdown that one of the campgrounds in Indio was named after it. Phish has covered their contemporaries before (Smashing Pumpkins, Pavement, Nirvana), and yet we focus so heavily on their reverence of their heroes that we forget they are living in the now, listening to the same music as we are.

In concert, Thom Yorke typically starts the song by singing a few short phrases which are then twisted around by Johnny Greenwood in an eerie way before playing the Rhodes intro. To the audience, this may seem like a spooky preamble, but in fact it’s a bit of witchcraft. Thom is loading Johnny up with a few samples that he can play back and manipulate in a variety of ways throughout the intro. He will do this with all of the lyrics sung by Thom throughout the song, leading to a wall of sound coda made up of dozens of digital Thoms building to a cacophonous climax.

Trey’s loops fill this eerie space before the proper intro to the song: Fishman shaking a percussive shaker and stomping on his kick drum in time to establish the rhythm just as Phil Selway does for Radiohead, followed by Page playing the aforementioned Rhodes intro. At this point the audience, between yelps of either joy or annoyance depending on their opinion of Radiohead, has to be wondering who is going to sing the song. My money in that moment would have been on Mike.

Alas, it’s a Fishman tune! Does that mean this is a joke? In my opinion, it is not, but you may feel differently.

Geeky Side Note 3:  I’m not as bothered by Fish’s slightly off-key singing as many other folks seem to be. I’ve always liked the ethos of having him sing a song with a focus on passion rather than perfection. It goes to Trey’s theory of “Something about Phish always sounds slightly broken to me.” What does bother me about this version is that Page doesn’t play the intro correctly. Page plays C-G#-G-F while the descending line in the original version goes C-G#-G-C. F doesn’t make an appearance until the Fmin chord that follows Cmaj. Nitpicking, for sure.

My favorite sets of Phish all seem to feature some mechanism of coherence. In this set, we get two flavors of this. The first is the “sucking on a lemon” sample which Trey brings back in the other songs, beginning in the excellent placed (despite its rough intro) “What’s The Use?” The end of “What’s The Use?” has always felt very optimistic (pun intended) to me, and in this case it sets up “Scents And Subtle Sounds” perfectly.

This is, in your humble narrator’s opinion, the best jam of the Baker’s Dozen.

Many of the best Phish jams ever jump out of the gate immediately rather than taking their time to get heated up, and thus is the case here. After a few lighthearted lyrical references to “Everything In Its Right Place” from Jon Fishman, we get barely a minute of gentle interplay between Trey’s guitar and Page’s piano before Mike suggests a modulation to minor a minute later with a line that Trey jumps on and mimics immediately. This becomes the launchpad for an escalating jam that reaches the highest peak of jubilation possible without someone dying. Normally, it would take Phish until 10:00-15:00 minutes to reach a place such as this, but they find it by 6:30 in this case.

There are two things to listen for in this jam:

1.  I mentioned a few paragraphs ago that I’m a sucker for any type of self-referential playing inside of a set. As it applies to this jam, every time I hear them go back into “No Men In No Man’s Land” during this jam, I just about lose my mind. So many times when something like this happens, there’s some sort of hiccup that we forgive because it’s so cool that the band has the mindset to pull such a Jedi trick. In this case, not only is the segue back into NMINML buttery smooth, but the jump from NMINML back into the “Scents” jam is beyond perfection. Trey combines a vocal improvisation on the melody with a five-note ascending line that fuels the entire band as their rocket ship continues to climb towards the peak of this jam. Listen for that bit of perfection at exactly 8 minutes into the LivePhish recording. As I watched the show from the confines of my man cave in the middle of the night with the volume walking the thin line between “loud enough” and “not waking the wife and child sleeping upstairs,” said segment caused me to literally leap off of my couch and run around the room like a madman. I still don’t know how I didn’t wake anyone up when that happened.

2.  Much has been written in the past about how B.B. King could bend one note that would blow away any flurry of notes that another guitarist could shred. Neil Young has his own version of this where he plays the same note over and over until you understand that THIS IS THE NOTE AND YOU WILL LIKE IT. Trey’s version of this technique is the sustained 5th that is held way too long until it becomes a massive source of tension and the audience’s knees buckles when he resolves to the root. The way he does that in this “Scents” jam from 8:16-8:30 gets me every time.

If you subscribe to Carlos Santana’s metaphor about Phish being the hose and the audience being the flowers, the flowers are freaking soaked by the end of this one. In the space of a mere three minutes (6:30-9:30), a tsunami descends upon the garden, and it is good.

And, of course, it doesn’t end there. Another 6 minutes of intricate interplay (also led by Mr. Gordon; no wonder he’s mentioned this jam as a personal favorite from the Dozen) give way to a typically-great-for-the-past-few-years “Prince Caspian.” The ending of that jam features one of my favorite segues into “Fluffhead,” which ends with its own callback to the Radiohead cover from earlier.

Geeky Side Note 4: If you have a home theater system with 5.1 speaker configuration, listen to the LivePhish recording of this set in “Dolby Pro-Logic II” mode. The delays Trey introduces in the samples of Fish’s voice using the KAOS pad are out of phase with the rest of the mix, which cause them to play from the rear channels of your sound system. It’s a rare psychedelic surround sound moment in a Phish recording.

Meditation will teach you to remove all of the extra clutter from your brain and stay focused on the present. This is a very difficult thing to do, but if practiced regularly, the participant can achieve a state of creating with the purest of intentions and simultaneously experience what is being created with elevated senses. There is a state achieved by Phish when they are “ON” in which the entire band’s level of playing is elevated, and in response a place of pure elation is forced upon the audience. You can’t escape it. When this happens, it’s pure Joy.